Why Curcuma is Truly Terrific

Turmeric (Curcuma longa) is the golden spice that spans cultures, making all sorts of food appear more appetizing and taste delicious. It is a spice that has long been recognized for its medicinal properties, has received interest from both the medical/scientific world and from culinary enthusiasts. It’s also the spice that makes large pharma companies a little nervous. Well, if there’s anything in the natural world that could take away some of the “business” of the drug industry, it is turmeric. Turmeric has a natural golden color because it contains Curcuma, a nutrition superstar that’s been used medicinally for over 4,000 years!

The turmeric plant is native to India, and the root has long been used in Ayurvedic medicine. Turmeric is a member of the ginger family, and its active ingredient is Curcuma. More importantly, getting turmeric root in either food or supplemental form helps provide multiple health benefits. This is true whether you’re trying to promote general health or reduce the impact of one of many diseases or any harmful pre-cursors.

Here are more about the Six benefits that supplementing and consuming turmeric provide. This list is by no means exhaustive as this powerful root likely provides many more.

Due to various effects of turmeric, such as decreased Beta-amyloid plaques, delayed degradation of neurons, metal-chelation, anti-inflammatory, antioxidant, and decreased microglia formation, the overall memory in patients with AD improves.

Curcuma is known for its powerful anti-inflammatory and pain-reducing characteristics. A study was conducted on rheumatoid arthritis patients to compare the benefits of Curcuma in turmeric to the arthritis drug diclofenac sodium (an NSAID), which puts people at risk of developing a leaky gut and heart disease. Curcuma lowers pain significantly and also is superior to pain-killing drugs. A clinical study conducted with a combination of Curcumin and Boswellia serrata extract reported statistically significant changes/reductions in the clinical symptoms. People had improvements in pain, physical function, and quality of life.

Curcuma seemed to work in part by preventing the death of chondrocytes, which prevents loss of cartilage, and by reducing inflammation and free radical damage.

An in-depth analysis of all the studies evaluating haldi’s ability to manage ulcerative colitis found that one very well-designed trial tested Curcuma plus mesalazine (the typical NSAID prescribed for this condition) against placebo plus mesalazine. Patients taking only a placebo and mesalazine were over four times more likely to experience a relapse or flare-up of ulcerative colitis during the six months of the study, suggesting that turmeric benefits may include helping to maintain remission of this chronic disease. One small pilot study investigated the benefit of Curcuma supplementation for patients with ulcerative colitis and patients with Crohn’s disease.

Although the sample size was very small, all of the ulcerative colitis patients and four out of five Crohn’s patients had marked improvements over two months, suggesting the need for additional research. It shows promise for irritable bowel syndrome and other inflammatory bowel disease symptoms.

Curcuma is as effective as an antidepressant. Depression is also linked to reduced levels of brain-derived neurotrophic factor (BDNF) and a shrinking hippocampus, a brain area with a role in learning and memory. Turmeric boosts BDNF levels, potentially reversing some of these changes. The journal Phytotherapy Research published the results of an amazing, innovative study in 2014. The study concluded that haldi was equally effective as fluoxetine in managing depression by the six-week mark.

An important benefit of turmeric is its ability to detoxify the body. Every day, you are likely exposed to environmental and dietary toxins known as xenobiotics. These chemical substances and not generally present in the human body and are often associated with increased amounts of inflammation and a higher risk of cancer. It seems that the consumption of turmeric and its active compound, Curcuma, can help the liver efficiently detoxify the body and alleviate some of the effects of dangerous carcinogens. This process operates in tandem with the antioxidant and anti-inflammatory agents of turmeric.

Turmeric benefits include anti-inflammatory and antioxidant properties that have proven effective in treating multiple skin conditions. Turmeric benefits for skin include increasing “glow and luster” of the skin, speeding up wound healing, calming the pores to decrease acne and acne scarring, and controlling psoriasis flares.

Ingesting turmeric by itself does not lead to the associated health benefits due to its poor bioavailability, which appears to be primarily due to poor absorption, rapid metabolism, and rapid elimination. Several agents have been tested to improve curcumin’s bioavailability by addressing these various mechanisms. Most of them have been developed to block the metabolic pathway of Curcuma in order to increase its bioavailability. For example, Piperine (Black pepper extract) and Inulin (Prebiotic soluble fiber) are known bioavailability enhancer and is associated with an increase in the bioavailability of turmeric.

Therefore, the issue of poor bioavailability appears to be resolved by supplementing with a high-quality turmeric product having such agents is the only way to obtain its complete benefits.

A range of conditions that involve inflammation of body may appear in form of redness, pain, stiffness, swelling...

END_OF_DOCUMENT_TOKEN_TO_BE_REPLACED

Before I start speaking on Hypothyroidism I will like to greet you all with Good moringa instead of good morningGood moringa is no...

END_OF_DOCUMENT_TOKEN_TO_BE_REPLACED

Very often Indian families use rock salt and turmeric in their day-to-day routine. Both the ingredients come from our kitchen whenever ...

END_OF_DOCUMENT_TOKEN_TO_BE_REPLACED

When the Covid-19 crisis is at its worst, what made the difference? For all of us, it is our sole responsibility in this tough time to ...

END_OF_DOCUMENT_TOKEN_TO_BE_REPLACED

Benefit of Turmeric Extract Namaskar This is Dr. Sharad KasarleToday we will talk about the benefit of turmeric (curcumin) ...

END_OF_DOCUMENT_TOKEN_TO_BE_REPLACED

Gut: Out of Order

Here’s how you can bring peace to the chaos in your Gut health.  A...

END_OF_DOCUMENT_TOKEN_TO_BE_REPLACED

Turmeric, a yellow-orange herb is commonly used as a spice in Indian kitchens. This flavor-filled spice is primarily cultivated from ...

END_OF_DOCUMENT_TOKEN_TO_BE_REPLACED

Spice Up Your Immunity!!

Whenever the subject of spices comes up, it’s difficult not to talk about turmeric (Haldi). One of the most powerful and potent spice...

END_OF_DOCUMENT_TOKEN_TO_BE_REPLACED

Ways to strengthen immune system and fight off diseases

Immune system is the ability of an organism to resist a particular infection or toxin by the action of specific antibodies or sensitize...

END_OF_DOCUMENT_TOKEN_TO_BE_REPLACED

Coronavirus: Prepare for the fight

Every government in the world has been urging people to prepare -- not panic -- for the new covid-19. Indeed, the whole Coronavirus (...

END_OF_DOCUMENT_TOKEN_TO_BE_REPLACED

Respiratory viruses such as covid-19, represent continuing global threats to human health. Despite significant advances, much needs to ...

END_OF_DOCUMENT_TOKEN_TO_BE_REPLACED

Coronavirus is a large family of viruses that cause illnesses ranging from the common cold, affecting the immune system to more severe ...

END_OF_DOCUMENT_TOKEN_TO_BE_REPLACED

One thought on “Why Curcuma is Truly Terrific” 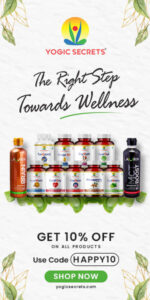 Start typing to see products you are looking for.
Shop
Sidebar
0 Wishlist
0 items Cart
My account